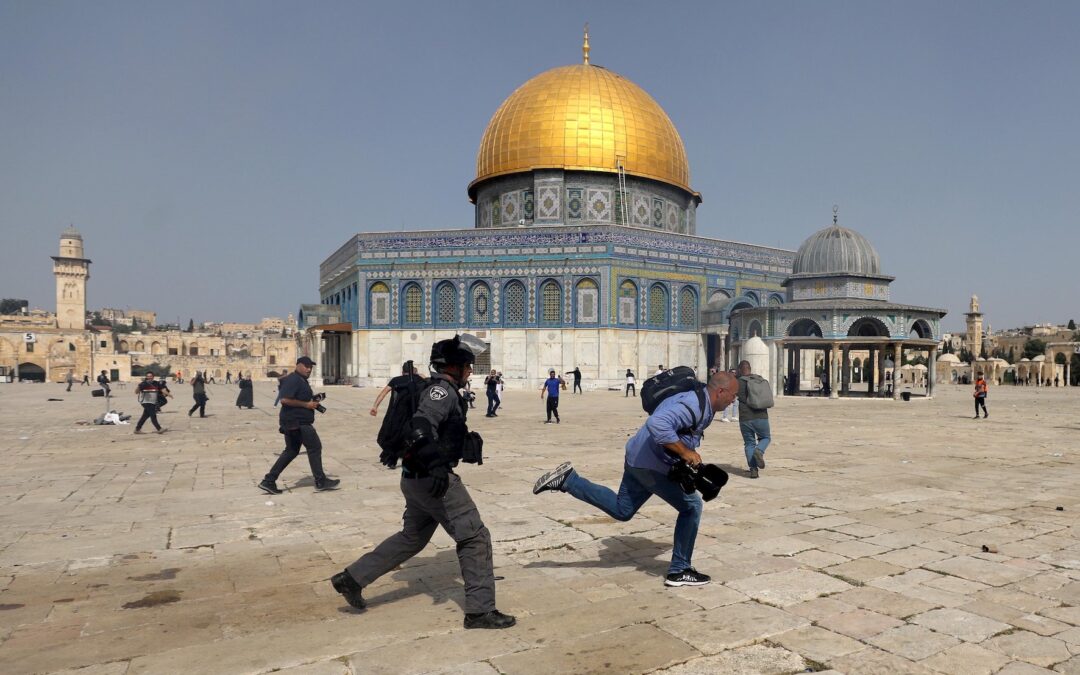 In a submission to the Department of Foreign Affairs and Trade (DFAT), Palestinian and Australian human rights organisations have called on the Australian Government to undertake an urgent review of all trade cooperation with Israel and implement effective measures to protect the Palestinian people’s fundamental human rights.

The submission comes as Israel has increased its gross violence in the occupied Palestinian territory (oPt) this week following the imminent forced expulsion of families from the neighbourhood of Sheikh Jarrah in occupied East Jerusalem; the violent raids of the al-Aqsa mosque in Jerusalem’s Old City; and Israel’s air strikes on the Gaza Strip that has killed at least 35 Palestinians, including 12 children.

DFAT is undertaking a feasibility study into strengthening trade, and the possibility of entering into a Free Trade Agreement with Israel. The organisations point to stark evidence of Israel’s breaches of international law from which it derives significant economic benefits from its subjugation of the Palestinian people while implementing a settler-colonial apartheid regime that deprives the Palestinians of their own economic growth and prosperity.

Mr Raji Sourani, Director of the Palestinian Centre for Human Rights in the occupied Gaza Strip, said: “The situation is bleak, it’s unprecedented, even when recalling the numerous tragic military assaults, we have been subjected to in the past. Israel has launched the worst attack ever. There is no safe haven in the occupied Gaza Strip where we have been subjected to a cruel, punitive and illegal closure by Israel for the past 14 years. It has paralysed our entire lives.”

“Every centimetre in Gaza is shaking. Israel is terrorising two million Palestinians. We are dealing with a global pandemic and now we have this fourth war against Gaza. The international community must be ashamed, including those governments such as in Australia, who maintain the conspiracy of silence and encourage Israel’s crimes and protect Israel’s impunity. Australia must change its position, support justice and human rights and start by implementing effective measures such as sanctions now. We cannot reward Israel’s criminal actions. We will keep functioning and documenting what is going on.”

Mr Shawan Jabarin, General Director of Al-Haq in the occupied West Bank, said: “Israel has crossed all redlines in its outrageous systematic attacks against Palestinians. Condemnation is not enough. It is time for sanctions. The Australian Government must change its approach, it is providing cover for Israel’s crimes, this is a violation of Australia’s international obligations under international law.”

Mr Issam Younis, General Director of Al Mezan Center for Human Rights in the occupied Gaza Strip stressed: “Systematic denial of accountability emboldened Israel to continue unabated in perpetrating grave breaches of human rights and international humanitarian law against protected civilians and their properties. Only genuine accountability can put an end to this chronic impunity.”

Ms Rawan Arraf, Executive Director at the Australian Centre for International Justice, which helped to coordinate the submission, said: “Over several years, the Australian government has adopted an adverse and harmful approach to Palestinian human rights, whether that’s at the UN or its appalling intervention at the International Criminal Court at the request of the Israeli government, to prevent investigations into international crimes in Palestine. Australia wants to reward Israel with free trade – while Israel continues its now 14-year punitive and illegal closure on the occupied Gaza Strip which has crippled life in Gaza. Gaza is now facing further military assault directed at civilian targets.”

The organisations are calling on the Australian Government to take a series of effective measures to end Israeli’s impunity including:

All the detailed recommendations can be read in the joint NGO submission.

Read the Joint NGO submission to the Department of Foreign Affairs and Trade here.