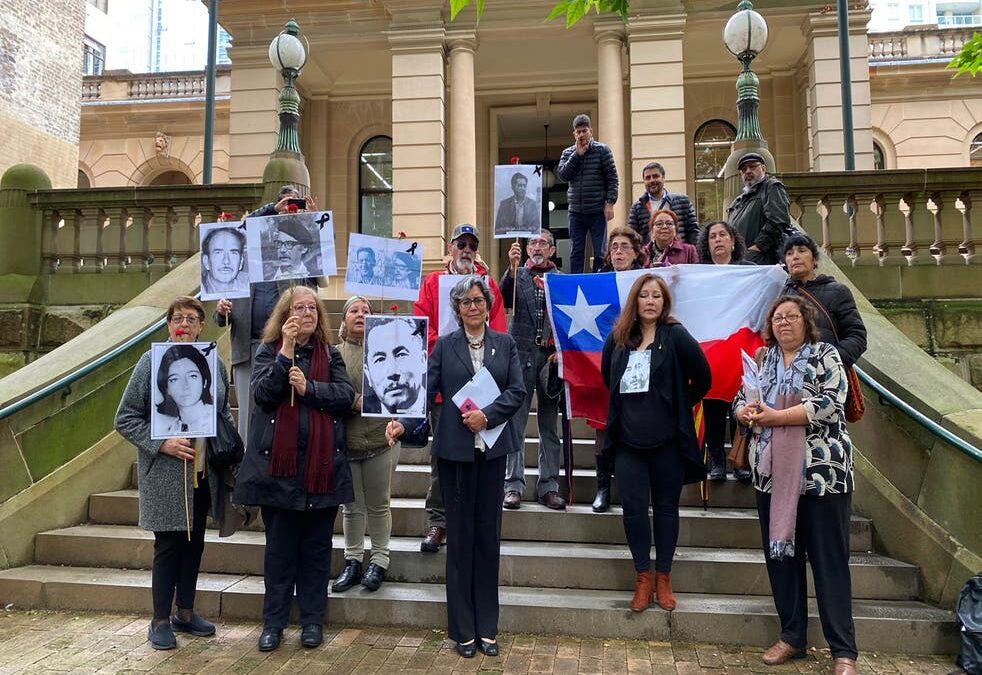 Tomorrow, the Federal Court of Australia will hand down its judgment relating to the extradition of Adriana Rivas to Chile, to answer allegations of her role in the crimes of the Pinochet regime. The matter is on appeal from a decision of the Central Local Court in October 2020 which held that Rivas can be extradited to Chile.

Following years of efforts seeking to hold Rivas to account in Chile, in 2019, the Republic of Chile sought the extradition of Adriana Rivas from Australia. Rivas is alleged to have worked in Chile’s DINA intelligence agency which was involved in abduction, torture, murder and enforced disappearance under the regime of General Augusto Pinochet following the coup in 1973.  Rivas has been in custody since February 2019.

Separately to this extradition request, the Administrative Appeals Tribunal will soon rule on a request to access documents from the National Archives that might hold information on the role of Australian intelligence agencies in the CIA-led coup which toppled the democratically elected socialist government of Salvador Allende.

Australia should not be a safe haven for perpetrators of atrocity crimes. Australia must work with authorities abroad to investigate perpetrators of historical crimes and find avenues to hold them to account.

The relatives of the victims and the Chilean community in Australia have never stopped their decades long fight to seek truth, justice and accountability. In October 2020, the families of the victims shared their stories and statements following the original decision to extradite Rivas. The Australian Centre for International Justice is honoured to publish them here.

The judgment of Justice Abraham will be delivered tomorrow at 9.30am. Details will be available here.

Read the statement of 29 October 2020 from the families of the victims, in Spanish and English.

For media enquiries please contact Adriana Navarro in the release attached above.