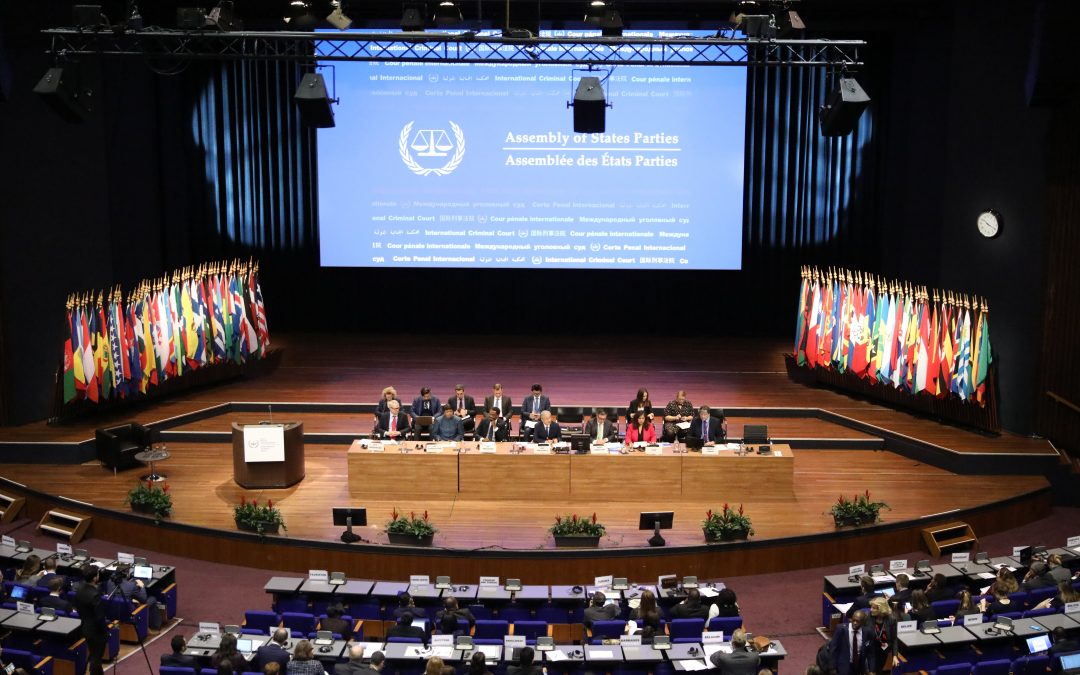 The Australian Government has spoken in support of international justice and accountability at the 18th Assembly of States Parties (ASP) to the Rome Statute of the International Criminal Court (ICC) in The Hague, Netherlands.

This week, Australia delivered a strong statement to the ASP providing its support to the International Criminal Court and to accountability for the most serious crimes of concern to the international community.

“We applaud Australia’s strong commitment to accountability, the ICC and the Rome Statute system of international justice. It comes at a time when there is considerable concern with the ICC’s institutional failings and serious shortcomings as it undergoes a much needed review process.”

“The Australian Government has also shown strong leadership in supporting civil society initiatives to give survivors of conflict-related sexual violence a strong voice to better understand all forms of sexual violence.”

“We are especially pleased that Australia recognised that States have the primary responsibility to investigate, and where appropriate, prosecute those responsible for serious international crimes in line with the principle of complementarity.”

“However, we believe Australia is not doing enough and lacks an effective structure to investigate and prosecute serious international crimes. Australia needs to seriously consider establishing a specialised investigations unit and share knowledge and information with other national authorities by for example joining as Observers in the EU’s Eurojust’s Genocide Network.”

“We want Australia to act in pursuing accountability. Countries such as Germany, Sweden, France and many other European countries are actively investigating serious international crimes.”

“We can and should do more to join these countries and act on our commitment to ending impunity for atrocity crimes and to fulfil our obligations and responsibilities under the Rome Statute system of international justice.”

The ASP serves as the management oversight and legislative body of the ICC and comprises all the States Parties to the ICC’s founding treaty, the Rome Statute. Each year, the ASP is attended by delegations from States Parties, observer states, international and regional organisations and civil society.

The Australian Centre for International Justice (ACIJ) is the only civil society representative from Australia at the ASP and was established to encourage Australia’s investigations and prosecutions of international crimes.