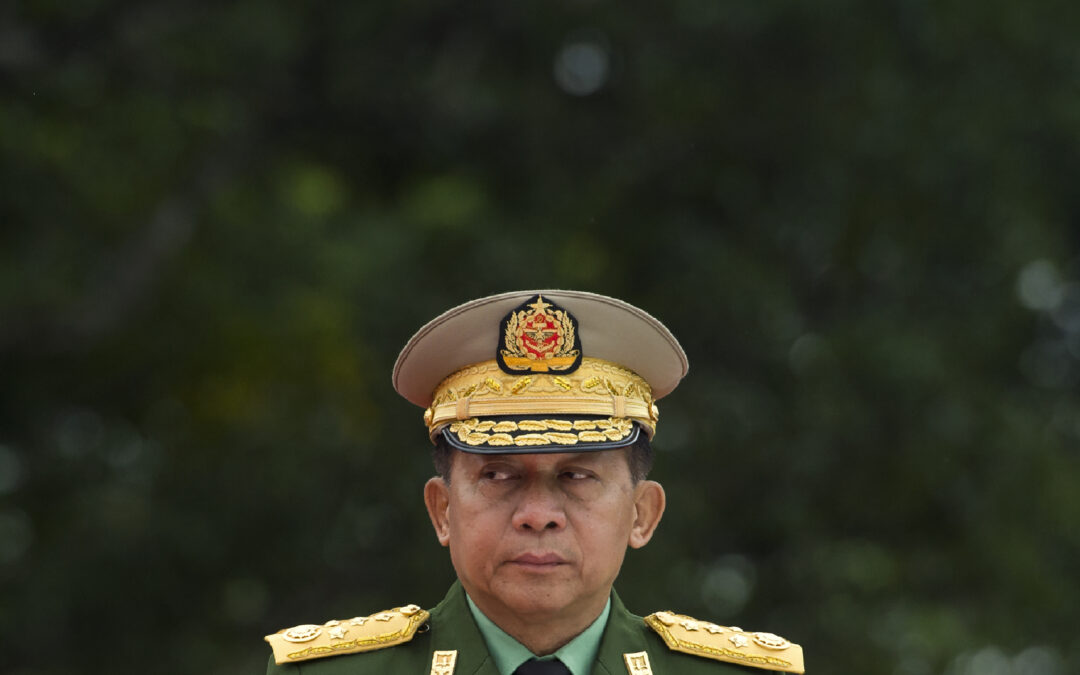 Adani Ports & SEZ Ltd has requested that the United States’ Department of Treasury’s Office of Foreign Assets Control (OFAC) grant a general licence for their container terminal currently being developed under a build-operate-transfer agreement with Myanmar Economic Corporation (MEC), a conglomerate owned by the Myanmar military. MEC is a US sanctioned entity.

In its Q1 FY 2022 report, Adani Ports states that: “APSEZ believes that it is not in violation of any sanction guidelines issued by OFAC, and has, therefore, applied to OFAC for a general license to operate the Port.”

In response, the Australian Centre for International Justice (ACIJ) and Justice For Myanmar have written to the OFAC this week to urge that Adani Ports’ request for a general licence is denied, given the company’s continuing commercial ties with a military conglomerate, the MEC, that finances the military to conduct operations that involve war crimes and crimes against humanity. In addition to Adani Ports’ lease payments, the container terminal will become a future asset for the Myanmar military on completion of the lease.

In March 2021, the US government introduced sanctions against the Myanmar military’s two conglomerates, including the MEC. Adani Ports’ direct business ties with MEC raise serious questions about the company’s complicity with the Myanmar military’s egregious human rights abuses, some of which amount to serious crimes under international law.

Yadanar Maung, spokesperson for Justice For Myanmar says: “It is abhorrent that Adani Ports is continuing to build a port for the MEC in Yangon, a company which finances the Myanmar military, which is carrying out a campaign of terror against the people that has killed over 960 people since the illegal military coup. The US Treasury should take a firm stand against Adani Ports and strengthen measures to stop the flow of revenue to the Myanmar military. Don’t give Adani Ports a licence to whitewash their business with war criminals.”

Rawan Arraf, Executive Director of the Australian Centre for International Justice said: “We call on the US Department of Treasury to deny Adani Ports a licence to continue its business with MEC. Because Adani Ports is creating a lucrative future asset for the MEC – this should raise serious concerns about whether Adani Ports is providing material assistance to a US sanctioned entity. Adani Ports has an obligation to respect human rights and it has consistently failed to disengage from their business with the Myanmar military, as was recommended by the UN Independent International Fact-Finding Mission on Myanmar.”

Our 30 March 2021 report, Port of Complicity: Adani Ports in Myanmar, provided compelling evidence detailing Adani Ports’ ties to the Myanmar military and its repeated failure to respond to accusations of complicity in international law violations through its business in Myanmar.

Adani Ports has continued to provide misleading statements about its business with the MEC. See press release here.

In April 2021, Adani Ports was removed from the Dow Jones Sustainability Index over its links with the Myanmar military and Australia’s Carmichael coal project. See press release here.

A number of institutional investors have announced divestment from Adani Ports as a result of its links with the Myanmar military and Australia’s Carmichael coal project, including SEB, Nordea and DNB.