Joint Media Release: The Future Fund must be transparent and accountable to Australians 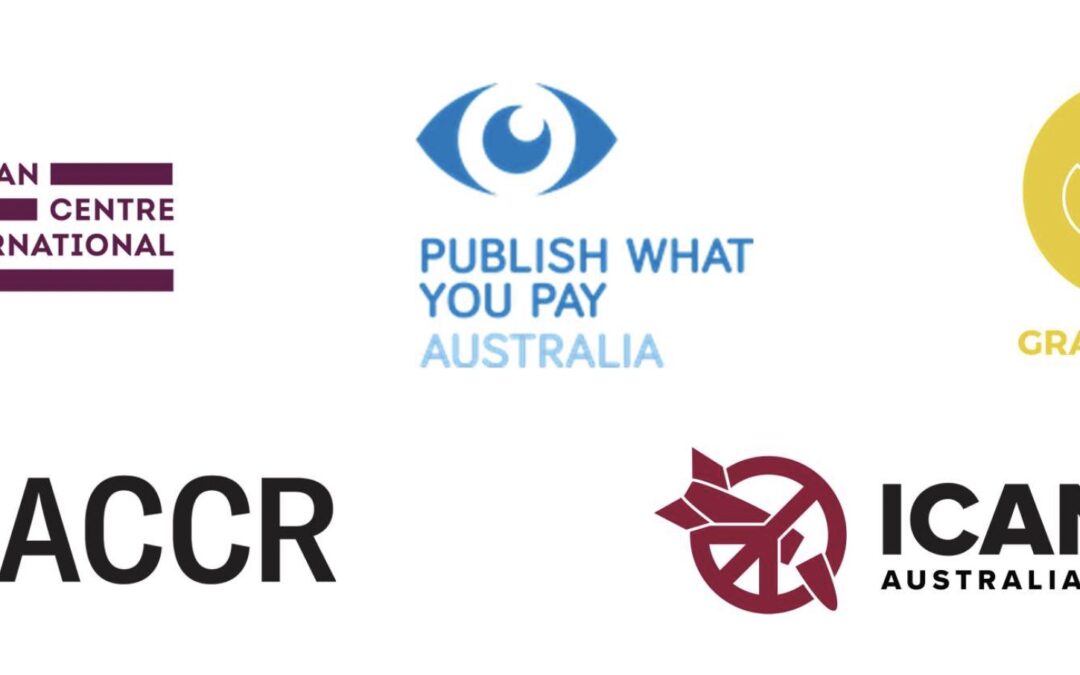 The Australian Centre for International Justice (ACIJ), Publish What You Pay Australia, the Australasian Centre for Corporate Responsibility (ACCR), the Grata Fund and the International Campaign to Abolish Nuclear Weapons, Australia (ICAN Australia), call on the Federal Parliament to refuse to pass a bill that will exempt Australia’s sovereign wealth fund, the Future Fund, from Freedom of Information legislation.

In August 2021, the Investments Funds Legislation Amendment Bill 2021 was introduced by the Government. As part of a series of amendments to the Future Fund Act 2006, it included amending the Freedom of Information Act 1982 to provide an exemption for documents handled by the Future Fund Board of Guardians and the Future Fund’s Management Agency in relation to the board’s investment activities.

The amendment was touted as a “partial exemption” but in practice, the amendment will operate to fully exempt release of information of the kind that has been sought under FOI by civil society groups over the last 12 months. This means information exposing the Fund’s concerning investments in companies alleged to be involved in serious human rights abuses, arms and nuclear weapons manufacture, and environmental and climate devastation.

The definition of “investment activities” will likely be given a broad application by the Fund’s Management Agency and applied to refuse requests to access information relating to equity holdings into various companies.

It was confirmed by a representative of the Future Fund in the September 2021 hearing held by the Senate’s Finance and Public Administration Legislation Committee, that requests made under Freedom of Information by civil society organisations, that produced documents such as those that revealed:

The proposed legislative changes will put the Future Fund outside the scope of Freedom of Information and threatens basic democratic principles of accountability and transparency. The majority of sovereign wealth funds and state-managed public investment funds from democratic nations have positive disclosure obligations which include regularly updating public disclosure of their entire investment portfolio. The Future Fund currently only discloses its top 100 investments.

The groups call on the Federal Parliament to refuse to pass Schedule 2 of the Investment Funds Legislation Amendment Bill 2021 and protect the right of access to Freedom of Information.

The groups further call for regular positive disclosure of the Future Fund’s holdings and for the establishment of an independent ethics body to monitor and scrutinise whether the Future Fund’s investment decisions are consistent with Environmental, Social and Governance and responsible investment standards. Establishing such a body is consistent with best practice and standards of other state-managed public investment funds, such as Norway’s Council of Ethics and Sweden’s Council of Ethics.

“The Future Fund has an astonishingly inadequate ESG and responsible investment policy. If it wasn’t for access to Freedom to Information, we wouldn’t know just how bad these investments are. Now, that mechanism is at serious risk. The Fund’s holdings should be reviewed and scrutinised by the public. Australian taxpayer funds should be invested ethically and wisely, for the benefit of our future and the planet. The Future Fund should not be investing in entities that are involved in serious human rights abuses, and other violations of international law, including in those entities associated with war crimes, crimes against humanity and genocide.”

Clancy Moore, Australian Director at Publish What You Pay said:

“Transparency means Australians now know that our sovereign wealth fund is invested in weapons companies and big gas companies, like Total and Chevron, who finance the murderous junta. The proposed change would have kept these investments secret from Australians.”

“The first rule of politics is that governments are accountable to the public. Freedom of information laws are one of the most important tools we have to keep tabs on what the Government is doing in our name. Changing the law to keep the truth about the Future Fund from the Australian public is a shameful attempt to evade scrutiny and Senators should oppose it.”

“At a time when the investment industry is moving in the direction of greater visibility of portfolio holdings to their members, it is unacceptable that the Future Fund, which invests on behalf of all Australians, should run from basic transparency. From March next year, funds will have to publicly disclose their holdings every six months. Australia’s sovereign wealth fund should not only be meeting, but exceeding standards imposed on the private sector. This much lower standard is incongruous with this expectation.”

“FOI legislation has helped reveal that despite divesting from producers of tobacco, cluster munitions and landmines, the Future Fund continues to invest in nuclear weapons producing companies, which should clearly end in light of the entry into force of the UN Treaty on the Prohibition of Nuclear Weapons. Access to this information is essential.”