Joint Media Release: One Year after Brereton: Human rights groups say that victims must not be forgotten 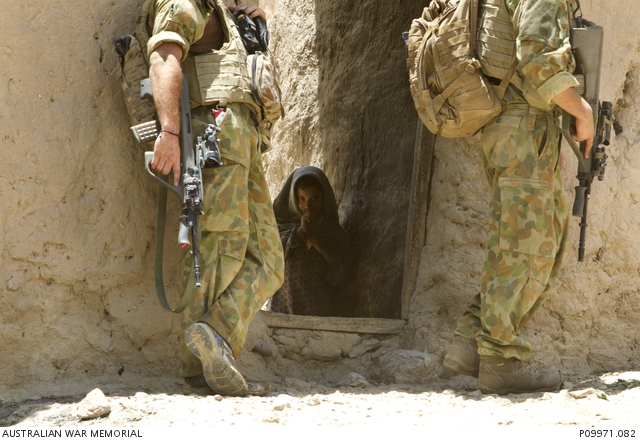 Today marks one year since the release of the Brereton Report into war crimes by Australian special forces in Afghanistan. Human rights groups from Afghanistan and Australia have joined forces to reiterate the need for accountability and redress.

The heavily redacted IGADF Afghanistan Inquiry Report found credible evidence of multiple war crimes, including cruel treatment and the unlawful killings of people from Afghanistan who had been captured and posed no threat. It showed that in some sections of Australia’s Special Forces, lives were needlessly, brutally and unlawfully extinguished.

For people from Australia and Afghanistan, the road to accountability and justice is a long one. We welcome the opening of criminal investigations and stress the need to examine the extent to which responsibility extends up the chain of command. For witnesses, victims and their families, criminal proceedings have the potential to contribute to healing and the establishment of the truth. Australia must provide other forms of redress, including guarantees of non-repetition. Survivors should be consulted to determine appropriate adequate compensation and rehabilitation. The Brereton report recommended that the families of survivors be compensated without delay. One year on, the Government has yet to produce a plan.

The humanitarian situation in Afghanistan has deteriorated dramatically in the twelve months since the Brereton Report was published. This will likely complicate the task of involving people from Afghanistan in the process of reckoning with this dark chapter in Australia’s history. Yet it remains an essential part of the path forward.

Hadi Marifat, Executive Director at the Afghanistan Human Rights and Democracy Organization, said: “The change of circumstances in Afghanistan must not affect the resolve of the Australian government to investigate and prosecute the alleged war crimes in Urozgan province. Victims’ families and survivors impatiently wait for the long-promised justice, accountability and reparations.”

Fiona Nelson, Senior Legal Advisor at the Australian Centre for International Justice, commented: “When relatives of victims tried to report the crimes locally, they were not believed – a further denial of their dignity. Australia must do the work now to investigate fully and make genuine reparations to survivors.”

Elaine Pearson, Australia Director at Human Rights Watch said: “One year since the Brereton report and Afghanistan is now under Taliban rule. It is even more crucial that families of victims have a chance for justice and accountability. For many Afghan survivors and others harmed by these abuses, the consequences have been devastating. The special investigator’s office should ensure that proper protection measures are in place to minimize any risks for potential witnesses to crimes.”

Nikita White, Campaigner at Amnesty International, said: “Justice is still out of reach for the survivors and victims of human rights violations evidenced in the Brereton Report, one year following its release. The horror of those violations, including the alleged executions of 39 civilians and prisoners, demand that those responsible are held accountable. The government must do everything they can to deliver the recommendations of the Report, and provide reparations to all victims and survivors of violations of international human rights law.”

“Achieving access for Australian investigators of war crimes allegations must be on the agenda of the Government in any future dialogue with the Taliban”, said Marc Purcell, CEO of the Australian Council for International Development. “Such dialogue around access does not require the Government to recognise the Taliban. However, a failure to secure access and investigate alleged war crimes by the Australian SAS would be justice denied to the Afghan victims and their families,” he said.

Dr Sue Wareham, President of the Medical Association for Prevention of War (Australia), said “The dire humanitarian situation in Afghanistan right now is compounded by the terrible legacy of brutalities, for some of which Australians troops were allegedly responsible. This adds to the imperative that Australia does all that is possible to bring some justice for those left to grieve. The high ideals which were used to justify Australia’s role in the war in Afghanistan must not disappear when our troops leave the country.”

Save the Children Australia