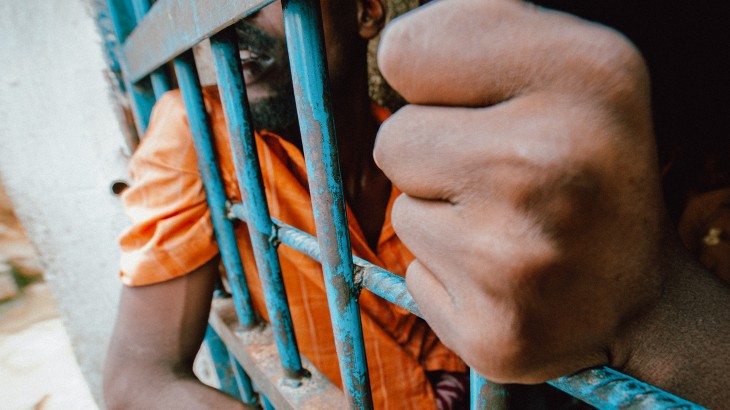 In a landmark immigration case in the United Kingdom, three Upper Tribunal judges have been scathing in their rejection of Australian and UK country reports used as a basis to determine asylum applications for Sri Lankan Tamils. The consequences for many Sri Lankan applicants, particularly Tamil people seeking asylum in Australia has been the refusal of protection, based on what the UK court has said is unreliable information. The court also confirmed that if returned to Sri Lanka, they risk being subjected to torture, which the Tribunal says is endemic in the country.

In a submission to the Department of Foreign Affairs and Trade (DFAT), the International Truth and Justice Project (ITJP) and the Australian Centre for International Justice (ACIJ) advised DFAT last year of their concerns relating to the accuracy, methodology and validity of the conclusions reached in DFAT’s Country Information Report Sri Lanka 4 November 2019. DFAT’s Country Information reports are required to be considered by decision makers at the Department of Home Affairs, the Immigration Assessment Authority (IAA) and the Administrative Appeals Tribunal (AAT) when assessing claims for refugee protection. The reports are held to be credible and authoritative and decision makers rarely depart from their findings.

The submission made by the ITJP and the ACIJ has been vindicated, given the judgement of the three bench Tribunal – the decision referenced the inaccurate DFAT 2019 report on Sri Lanka and found serious methodological shortcomings noting that: “none of the sources are identified, there is no explanation as to how the information from these sources was obtained, and there is no annex containing, for example, records of any interviews… Indeed, it is unclear whether any formal interviews took place. The report does not provide direct quotes from any source. In light of these matters, it is difficult to gauge the reliability of the sources which have informed the “judgement and assessment” applied to them by the authors of the report.”

A similar country report produced by the UK Home Office was also resoundingly rejected and criticised for its choice of sources. The Home Office was prompted to remove the relevant report following the judgement.

The ACIJ and the ITJP are joined by several refugee and human rights organisations in Australia, in their request that the DFAT report be set aside on the basis that it is factually inaccurate and relies on sources which are unreliable and lacks knowledge of the real situation on the ground in Sri Lanka. The organisations also call on DFAT to issue an immediate notice that its 2019 and previous reports contained inaccuracies and to alert all responsible agencies, including the Department of Home Affairs, the IAA and the AAT and all refugee and community organisations in the sector. Immigration decision makers should be directed to suspend reliance on this report, and the UK Home Office report, until measures are taken to correct the record. An urgent review should be initiatied into Tamil asylum cases already refused by decision makers placing weight on these reports.

“This level of denial of ongoing abduction and torture is another layer of violence perpetrated against the victims and is quite disgraceful. There is no doubt that the abduction and torture of Tamils continued unabated up until the present day. The ITJP has continued to document ongoing violations of abduction, torture and rape of Tamils by the Sri Lankan security forces that occurred as recently as 2020 – and increasingly the victims are too young to have had any role in the war. All they did was ask for their rights.”

“We’ve said over many years that the DFAT report doesn’t reflect the reality for Tamils in Sri Lanka. It is written to undermine Tamils’ protection claims. Successive Australian governments have used DFAT reports to justify deportation of Tamils back to danger. Priya and Nades are just one example of the thousands of Tamil asylum seekers whose mental health is deteriorating, living in fear and insecurity because of rejected claims. Rather than going through a fair process, the Australian government has set up a system to fail Tamil people seeking asylum.”

“It is staggering that DFAT would assert that torture is no-longer state sponsored in Sri Lanka in the face of overwhelming evidence from independent and verified sources. Australia has an obligation to prevent and punish the crime of torture, and to ensure that people who are seeking safety in this country are not be sent back to danger. Instead, DFAT’s report downplayed and denied the prevalence of torture in Sri Lanka as well as the practice of abduction and unlawful detention by Sri Lanka’s security forces. The UK’s country guidance decision is further confirmation that the DFAT report cannot be relied on and must be set aside. For the people affected there is too much at stake.”

“At RACS, we support many Tamil men, women and children who have been forced to flee persecution in their home country. Many have similar stories of persecution, torture, and harm.

To continue to have their claims for asylum assessed against a DFAT report found to be unreliable, flawed and potentially biased, amounts to a vast failure in our justice system. It leaves vulnerable individuals and families at risk of being sent back to the very danger from which they fled. People are regularly denied protection in Australia based on information relied upon in such reports, there needs to be an avenue for review when such misinformation determines the outcome which so gravely affects someone’s life.”

“We have had long standing concerns with DFAT country information downplaying human rights violations against Tamils in Sri Lanka, being used as the basis to deny Tamil asylum seekers the protection they are entitled to. The consequences of such a report going unchecked may already have resulted in Tamil people being forcibly returned to situations of torture, in breach of Australia’s human rights obligations.

The bias reflected in the DFAT Sri Lanka Report has now been exposed in clear findings by a British Tribunal presided over by three judges. Immediate steps must be taken by the Australian Government to recall the report and cease its use in all refugee determination assessments currently before decision makers. There should also be an independent review conducted of all Tamil asylum cases already refused by primary and merits review decision makers which have placed weight on the information provided in this flawed report, to mitigate the risk of any further people facing refoulement to Sri Lanka and provide them with a further opportunity to have their cases assessed against accurate and balanced country information.”

“There is evidence that Sri Lankan refugees remain in real danger of torture if they are forcibly returned to danger in Sri Lanka. Australia will be in breach of its non-refoulment obligations under international law if we continue to use unreliable country reports to determine the fate of so many Sri Lankan refugees. These are serious matters, lives are at risk.”

Reference should be had to the judgement of the Upper Tribunal in the United Kingdom issued on 27 May 2021 and is available here.