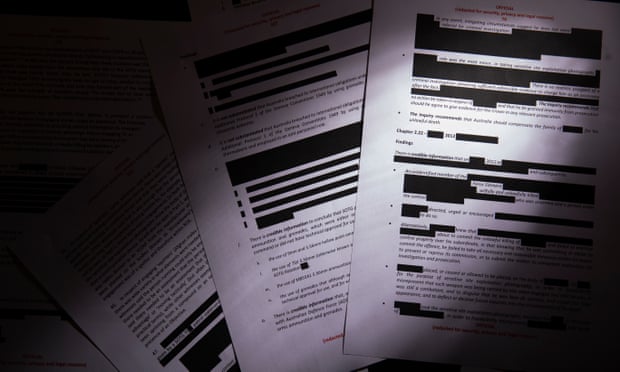 Afghan and Australian human rights organisations have welcomed the release of the report of the Inspector-General of the Australian Defence Force Afghanistan (IGADF) Inquiry, led by Justice Paul Brereton, into alleged war crimes by Australian special forces in Afghanistan and have called on the Australian Government to now move swiftly to implement its recommendations and establish a proper redress mechanism for victims.

The report, the result of a four year inquiry, found evidence of grave human rights violations by Australian special forces soldiers, including the alleged executions of 39 Afghan civilians and prisoners, deliberate cover-ups and abuse. It has made 143 recommendations, including that 53 incidents involving 19 soldiers be referred to the Office of the Special Investigator for criminal investigation, and that the families of the victims be compensated. It has also made numerous recommendations aimed at transforming the “warrior-hero” culture and accountability mechanisms within the SAS, including strengthening reporting mechanisms and protections for whistleblowers.

Horia Mosadiq, Executive Director at the Conflict Analysis Network, said: “We welcome the forthcoming criminal investigations into the allegations of war crimes by Australian special forces in Afghanistan, and the release of the much overdue report. What is important is not only justice and accountability for the victims, but that this process should lead to the elimination of a culture of cover-up and self-policing by the military. We hope and expect that Afghan victims are able to participate in the process and have the chance to be heard. We deserve justice and accountability and an end to the culture of impunity and secrecy which has defined the conflict in Afghanistan, always at the expense of its people.”

Hadi Marifat, Executive Director at the Afghanistan Human Rights and Democracy Organization said: “Although the release of the report and commencement of investigations will mark the beginning of a process of closure, nothing other than bringing to justice those responsible for unlawful killings and unlawful treatment can better heal the open wounds of the families of the victims.”

“What is missing in the report are any concrete recommendations of a support mechanism for the Afghan victims and their families. The Australian Government must consider providing meaningful and adequate counselling and reparations to the victims and their families, including through the establishment of a redress compensation scheme. Afghan victims must be consulted.”

Rawan Arraf, Principal Lawyer and Director at the Australian Centre for International Justice, said: “We are still processing the enormity and scale of the incidents, the details of these horrific crimes against people we were supposedly trying to protect. The utter dehumanisation of the Afghan people and victims is palpable. What happens next is absolutely critical. The Office of the Special Investigator must conduct full and thorough investigations, including of incidents where the Inquiry found allegations or rumours were unsubstantiated. There are many incidents that were not recommended for referral. There is insufficient transparency in the report as to why. The OSI should be free to reopen those matters and determine for itself.”

Tim O’Connor, Campaigner at Amnesty International said: “That 39 murders have been identified in this report is horrifying and shameful to all Australians. The evidence provided on these murders must be investigated independently and transparently and those responsible must be held accountable. Stripping service medals is not adequate. Justice must not be seen to be done – but must be done.

Keren Adams, Legal Director at the Human Rights Law Centre, commented: “The alleged atrocities and the cavalier disregard for the lives of Afghan civilians and prisoners detailed in this report are profoundly confronting and a moment of national shame. One of the most disturbing aspects of this case is just how long it has taken for these crimes to come to light and the many attempts to intimidate and prosecute those who have spoken out about them. No whistleblower should face prison for exposing potential war crimes and no journalist should ever fear prosecution for doing their job.”

Matt Tinkler, Deputy CEO and Managing Director International Programs, Save the Children Australia said “We know that all wars are wars against children, but it is truly devastating to learn that there have been atrocities committed against children by Australian soldiers. Australia’s vigorous response to these heinous findings will demonstrate our nation’s commitment to upholding international humanitarian law, including the protection of children in war.”

Dr Sue Wareham, President of the Medical Association for the Prevention of War said: “The Brereton report’s recognition that there is much more to uncover makes it imperative that an exhaustive process of investigation, with prosecutions where needed, be implemented.”

“MAPW calls for the dropping of criminal charges against military lawyer David McBride, who was instrumental in bringing ADF war crimes in Afghanistan to light. To continue the politically-motivated charges against him after Justice Brereton has reported on these same crimes would be absurd.”

Kerry Weste, President of Australian Lawyers for Human Rights said, “Allegations of deliberate, repeated and targeted war crimes by Australian SAS Soldiers causing the deaths of 39 innocent civilians and prisoners of war are extremely serious and, if proven, constitute grave breaches of international humanitarian law. Any culture within the ADF that has no regard for the value of human life must be addressed. Those responsible, including in the chain of command, must be held to account and the Australian Government should move to ensure that whistleblowers and journalists are protected for speaking out and reporting on matters so clearly in the public interest.”