Media Release: Israel committing apartheid and persecution as crimes against humanity, the Australian government must change track on Palestine 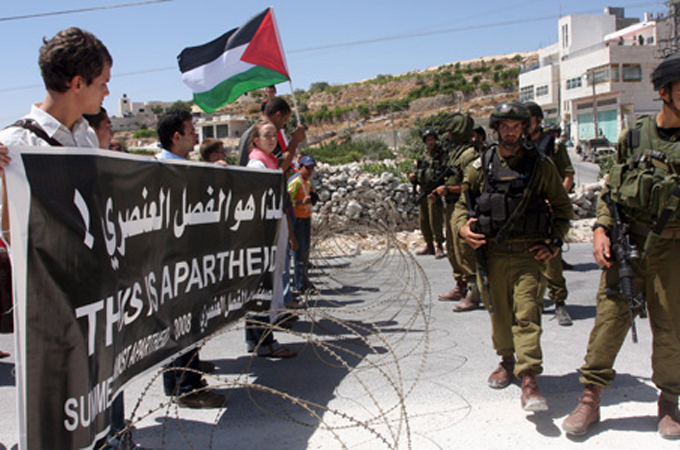 Human Rights Watch today released a report finding that Israel practices the crimes against humanity of apartheid and persecution and called on the International Criminal Court (ICC) to include the acts as part of the ICC’s investigation into war crimes and crimes against humanity in Palestine. It also calls on states to systematically review their cooperation and trade agreements with Israel and implement targeted sanctions against officials and entities contributing to the crimes. Businesses are called on to cease business activity that contributes to these crimes.

The report A Threshold Crossed: Israeli Authorities and the Crimes of Apartheid and Persecution found “the present-day reality of a single authority, the Israeli government” ruling over Israel and the occupied Palestinian territory, “methodologically privileg[es] Jewish Israelis while repressing Palestinians, most severely in the occupied territory.”

“It represents growing momentum to define Israel’s rule as a regime of Israeli Jewish domination over Palestinians in Israel and the occupied Palestinian territory. It follows decades of research, analysis and scholarship by Palestinian academics, lawyers, and human rights organisations who examined Israel’s settler-colonial rule over their lives as amounting to apartheid,” said Ms Arraf.

Apartheid was coined in South Africa and defined as a crime against humanity in 1973, and in the Rome Statute which established the International Criminal Court. It is defined as inhuman acts which are committed in the context of an institutionalised regime of systematic oppression and domination by one racial group over another and committed with the intention of maintaining that regime.

“The mounting pressure against Israel’s apartheid rule will strengthen the push for concerted action to end decades of Israeli military assaults and structural violence against the Palestinians. The international community has been complicit in the ongoing egregious violations against Palestinians. Around the world, governments have unfairly targeted and in some cases criminalised grass roots solidarity efforts to support freedom and justice for the Palestinian people. Whilst the Human Rights Watch recommendations do not support the global call for the Boycott, Divestment and Sanctions (BDS) movement, it nonetheless calls for: the implementation of targeted sanctions; bi-lateral and multilateral trade reviews; and for businesses to cease activities which support the crimes of apartheid and persecution. These are significant and important recommendations,” said Ms Arraf.

The BDS movement, is a Palestinian-led global drive launched in 2005 following the Advisory Opinion of the International Court of Justice which found Israel’s construction of an annexation wall in the occupied West Bank to be illegal. It mirrors the global movement which was successful in abolishing the apartheid regime in South Africa. The BDS movement recognises the valuable role that can be played by civil society organisations, trade unions and people of conscience around the world to support freedom and justice for the Palestinian people.

“The Australian Government must change its track in Israel/Palestine. Australia’s irrational support for Israel must end. This was shockingly evident in Australia’s outrageous attempt to prevent an investigation into war crimes and crimes against humanity in Palestine at the ICC,” said Ms Arraf.

In 2020, the Australian government, at the request of Israel’s government, intervened in proceedings at the ICC to block an investigation into crimes in Palestine. Australia argued the Court had no jurisdiction in Palestine. In February 2021, the Pre-Trial Chamber of the ICC rejected this argument, and confirmed the Court’s territorial jurisdiction extends to the occupied Palestinian territory.

In response to the decision of the Court, Australia’s Foreign Minister issued a statement telling the Court it should not exercise jurisdiction. “This was an appalling statement, and a dangerous attempt to interfere with the independence of an international court. Such a statement would be unacceptable if it were made against an Australian court. Australia should support investigations into international crimes anywhere they occur,” Ms Arraf said.

Australia can start by calling on the Israeli government to cease its imminent eviction of Palestinian families in the Sheikh Jarrah neighbourhood in occupied East Jerusalem,” said Ms Arraf.

The Department of Foreign Affairs and Trade is undertaking a feasibility study on strengthening trade and investment with Israel.

“The Australian government must urgently examine its policies on Israel and Palestine. It should start with a systematic review of its trade and other cooperation agreements with Israel. DFAT’s current inquiry is fundamentally a step in the wrong direction. The inquiry must instead focus on ensuring Australia is not supporting Israel’s apartheid policies and the resulting devastating effects on Palestinian human rights. Australia must not be complicit with crimes against humanity. It’s important to remember that these crimes against humanity are criminal offences against the Commonwealth of Australia,” said Ms Arraf.