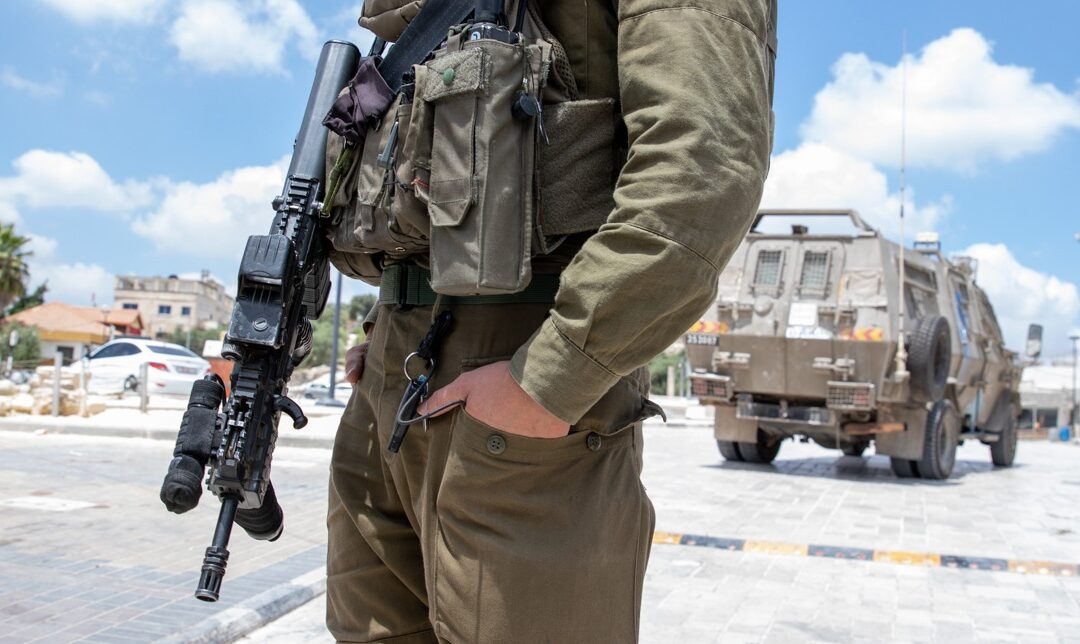 The Australian Centre for International Justice, joined 200 human rights organisations and individuals in an open letter to States Parties to the Arms Trade Treaty (ATT) to impose a comprehensive two-way arms embargo on the State of Israel to protect Palestinian lives.

Read the open letter to the ATT States Parties here.

We, the undersigned global coalition of leaders –from civil society to academia, art, media, business, politics, indigenous and faith communities, and people of conscience around the world– call upon the States Parties to the Arms Trade Treaty (ATT) to act decisively to put an end to Israel’s notorious use of arms and military equipment for the commission of serious violations of international humanitarian law and human rights against Palestinian civilians by immediately imposing a comprehensive two-way arms embargo on Israel.

In the spring of 2021, the world once again watched in horror as Israeli occupying forces attacked defenceless Palestinian civilians in the Gaza Strip, in the West Bank, including East Jerusalem, and inside Israel. Palestinian civilians peacefully protesting against colonisation of their land were assaulted with live fire, rubber-coated steel bullets, sound bombs, tear gas and skunk water. Israel’s deadly military aggression against the Palestinian civilian population in the Gaza Strip was the fourth in a decade. Over 11 days, 248 Palestinians were killed, including 66 children. Thousands were wounded, and the reverberating effects of the use of explosive weapons on hospitals, schools, food security, water, electricity and shelter continue to affect millions.

This systematic brutality, perpetrated throughout the past seven decades of Israel’s colonialism, apartheid, pro-longed illegal belligerent occupation, persecution, and closure, is only possible because of the complicity of some governments and corporations around the world.

Symbolic statements of condemnation alone will not put an end to this suffering. In accordance with the relevant rules of the ATT, States Parties have legal obligations to put an end to irresponsible and often complicit trade of conventional arms that undermines international peace and security, facilitates commission of egregious crimes, and threatens the international legal order.

Under Article 6(3) of the ATT, States Parties undertook not to authorise any transfer of conventional arms if they have knowledge at the time of authorisation that arms or items would be used in the commission of genocide, crimes against humanity, grave breaches of the Geneva conventions of 1949, attacks directed against civilian objects or civilians protected as such, or other war crimes as defined by international agreements to which they are a Party.

Under Articles 7 and 11, they undertook not to authorise any export of conventional arms, munitions, parts and components that would, inter alia, undermine peace and security or be used to commit serious violations of international humanitarian law and human rights law.

It is clear that arms exports to Israel are inconsistent with these obligations. Invariably, Israel has shown that it uses arms to commit war crimes and crimes against humanity, as documented by countless United Nations bodies and civil society organisations worldwide. Military exports to Israel also clearly enabled, facilitated and maintained Israel’s decades-long settler-colonial and apartheid regime imposed over the Palestinian people as a whole.

Similarly, arms imports from Israel are wholly inconsistent with obligations under the ATT. Israeli military and industry sources openly boast that their weapons and technologies are “combat proven” – in other words, field-tested on Palestinian civilians “human test subjects”. When States import Israeli arms, they are encouraging it to keep bombing Palestinian civilians and persist in its unlawful practices. No one –neither Israel, nor arms manufacturers in ATT States parties– should be allowed to profit from the killing or maiming of Palestinian civilians.

It is thus abundantly clear that imposing a two-way arms embargo on Israel is both a legal and a moral obligation. ATT States Parties must immediately terminate any current, and prohibit any future transfers of conventional arms, munitions, parts and components referred to in Article 2(1), Article 3 or Article 4 of the ATT to Israel, until it ends its illegal belligerent occupation of the occupied Palestinian territory and complies fully with its obligations under international law. Pending such an embargo, all States must immediately suspend all transfers of military equipment, assistance and munitions to Israel.

A failure to take these actions entails a heavy responsibility for the grave suffering of civilians – more deaths, more suffering, as thousands of Palestinian men, women and children continue to bear the brutality of a colonial belligerent occupying force– which would result in discrediting the ATT itself. It also renders States parties complicit in internationally wrongful acts through the aiding or abetting of international crimes.  A failure in taking action could also result in invoking the individual criminal responsibility of individuals of these States for aiding and abetting the commission of war crimes and crimes against humanity in accordance with Article 25(3)(c) of the Rome Statute of the International Criminal Court.

Justice will remain elusive so long as Israel’s unlawful occupation, settler-colonialism, apartheid regime, and persecution and institutionalised oppression of the Palestinian people are allowed to continue, and so long as States continue to be complicit in the occupying Power’s crimes by trading weapons with it.

In conclusion, we believe that the ATT can make a difference in the Palestinian civilians’ lives. It has the potential, if implemented in good faith, to spare countless protected persons from suffering. If our call to stop leaving the Palestinian people behind when it comes to implementation of the ATT is ignored, the raison d’être of the ATT will be shattered.

Read the open letter to the ATT States Parties here.