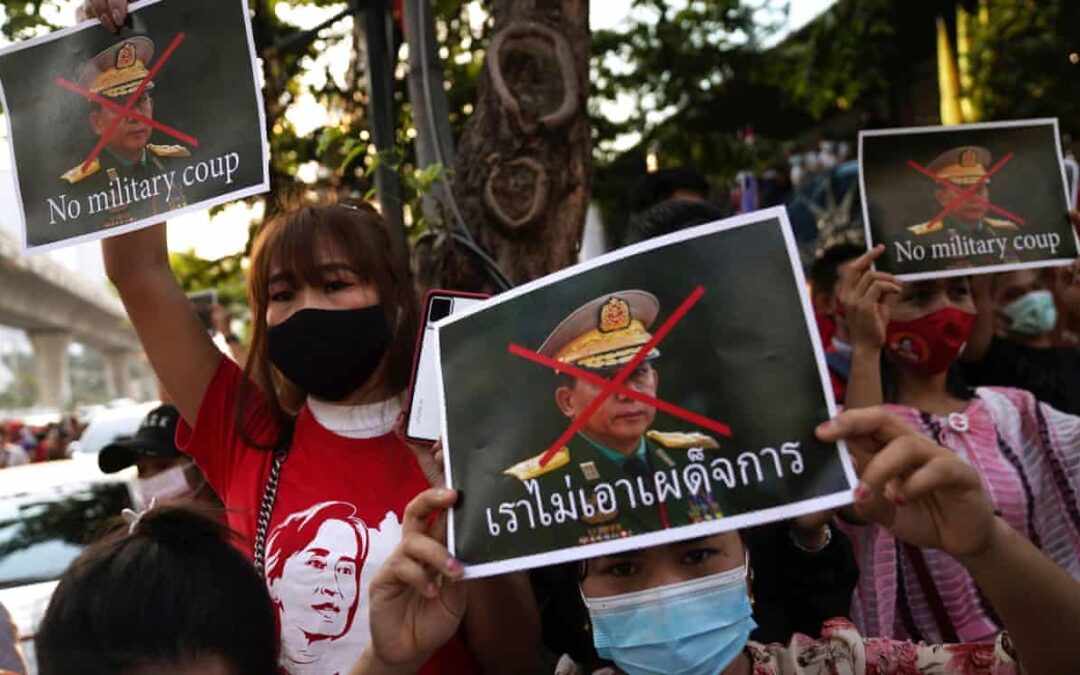 The undersigned groups representing civil society firmly denounce the military coup in Myanmar which has suspended civilian government and effectively returned full power to the military.

On 1 February, the military took power and arbitrarily arrested President Win Myint, State Counsellor Aung San Suu Kyi, leaders of regional and national governments and of the National League for Democracy (NLD), civil society activists and public figures. This compounds the grave damage that the military has done to Myanmar’s political, economic, social and cultural life and to human rights more broadly over the past 60 years.

The Australian Government has been a key development partner for Myanmar since 2012 and has had diplomatic relations since 1952.

Australian businesses, including mining and gas companies are currently operating in Myanmar. The Australian Government made a critical error in lifting sanctions against Myanmar military businesses and has failed to take international action against Myanmar for atrocity crimes including credible allegations of genocide.

The Australian Government must now take urgent action against the Myanmar military to support human rights, justice and accountability for the people of Myanmar.

We call on the Australian government to:

The coup leader, Senior General Min Aung Hlaing, along with others in the Myanmar military, has extensive business interests including lucrative deals with companies outside Myanmar, and is being investigated under international law for genocide, crimes against humanity and war crimes against the Rohingya population.

We call on Australian businesses and those with offices in Australia doing business in Myanmar to:

We stand in solidarity with the people of Myanmar and their civil society organisations, trade unions, journalists, and human rights activists in their defence of democracy, human rights and peace.

Publish What You Pay Australia

1 The Australian Future Fund is invested in Adani Ports and Special Economic Zones Ltd, which is doing business with a Myanmar military owned and controlled company and operates the Bowen Rail Company in Australia